When we talk about being independent, we often think about leaving our parents and living alone. The mental independence is always ignored by people, mental independence means the person can measure the things and make the right decision. As for the children, even they move out and stay far away from their parents, but sometimes they just can’t control themselves, they will get the bad behavior, like smoking and drinking, their life is losing control. The young people need to cultivate their independent spirit, they should think by themselves, learn to take care of the other people, thus they can be the real independent. When a person grows up, they can be strong enough to support their lives and at the same time, they can be mature enough to make their own decision. They can tell what is wrong and what is right. 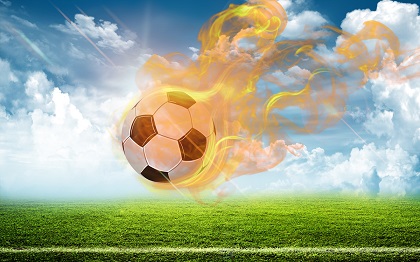 In every school a "top" crowd sets the pace, while the others follow their lead. Let"s say the top crowd decides that it is smart to wear bright red sweaters.Pretty soon everybody is wearing a bright red sweater. There is nothing wrong with that, except the fact that on some people a bright red sweater is extremely unbecoming. The situation can even become dangerous, if the top crowd decides that it is smart to drink or to drive cars at seventy miles an hour.Then the people who follow the lead are endangering their lives. They are like the sheep being led to the butcher.

Now, chances are that you have come across situations like these more than once in your life; chances are that one time or another you probably did something you knew to be wrong. You may have excused yourself by saying, "Gee, the crowd does it." Well, let the crowd do it, but don"t do it yourself. Learn to say, "No."

Develop your own standards and your own judgment. If you know the crowd is planning something you disagree with,have the courage to bow out politely. You"ll have the satisfaction of standing on your own two feet.

Considering how strongly prejudiced our society is against anyone who does not fit into the“independent”category, we can easily understand why independence is so important. As far as I am concerned, one of the most significant advantages I independent is that it facilitates motivation in both study and work.

Firstly, independent students are more likely to become self-motivating learners. Students from a large state university participated in a survey on the effect of independence on perceptions of obligation. Results indicated that independence was associated with intrinsic motivation, one major factor for success. If you are an independent learner, you will be motivated to learn, manage your own learner and reflect on your learning. Bering motivated will enable you to become a successful learner and provide you with insight into your learning achievements that will in tum enhance your motivation to continue learning. Secondly, being independent at work boosts, motivation to great achievements, Taking self-employment as an important case of independence, it is shown that the self-employed derive more motivation from their work than people employed by an organization, irrespective of income gained or hours worked Independent people are more likely to focus on effective intrinsic reinforcers to make internal and controllable attributions for their success. They set goals and persist at tasks related to those goals.

To conclude, being independent enhances motivation, which is beneficial to both study and work.

Nowadays, most children, who are the only child in the family, are given too much love by their parents. It is because that they are protected from hardship and difficulties, they become less independent. However, a spoiled child will have a hard job to live in this competitive society. We should know the fact that no parents can keep a good company with their children for the whole life. Thus, parents should encourage their children to do whatever they can, so as to develop their abilities of independence.

Around the eaves sparrow never fly in the sky,around the knee child will never run away,relying on others for nation will never stand among the nations in the world."Self-reliance" is the requirement of the times of the nation,especially when we are young,if everybody can self-reliance,so countries and peoples have hope.

Self-reliance is doing their own thing.The family is our cradle,the school is our growing greenhouse,however,we can not live forever as early as the cradle and the greenhouse,will enter into the society,after the rain,see the world.Self-reliance as a process of growing up,our life is exercise capacity,we also develop process of good moral character,we must constantly improve themselves,learn to self-esteem,self-confidence,and enhance awareness of the law; gradually learn to understand and respect others,be good at communication and interaction with others,harmonious integration into society,caring society,contributing to society,become a responsible for themselves,responsible to others,to be self-reliant people responsible for the society.