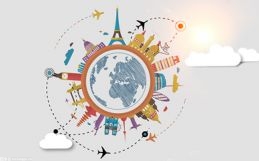 Yang mi (September 12, 1986-Chinese actress. Born in Beijing. A graduate of Beijing film academy level 2005 test performance this regular professional training. In April 2009 after the "80 new generation entertainment star" selection activities, Yang mi become new "opening the mainland" (with four HuangShengYi, los Dan and l) king of the year. Because in 2006 the "in" giant "small east evil" GuoXiang and attention by the audience in 2009, and with the JiXia preach "xianjian three to her popularity soared. 2011 years because the wearing of yue opera house (and name the heart of GongSuo jade play) los qingchuan corner to get her higher popularity.

Mi Yang(called in Chinese as Yangmi),born on September 12,1986 in Beijing China,is the singleton in her family.With both of her parents" family names Yang,she was named Mi which means the mathematical term "power" in Chinese.Her audiences are usually attracted by her waterish huge eyes and pale alabaster skins.While she is still young in moviedom,she began her career at the age of 4.In 1990,historical drama director Jialin Chen found Yang"s talent in acting and offered her a role in the TV series Tang Ming Emperor as the little princess.Then,in the same year,she showed her face in the comedy superstar Chow Singchi"s movie Wu zhuangyuan Su Qi-er as Chow"s daughter.In the next few years,she accepted some roles in certain of TV series and quited performance for about 10 years.However,she had little memories about her performing experiences in childhood.Yang had an innocent time in her teens and developed hobbies in drawing and writing poems.In her 17,when still in high school,she came back to moviedom as professional.In 2004,she played the role of "Guo Xiang"(also as the little devil from the east),a girl of simplicity,in the TV series Return of the Condor Heroes(also as Shen Diao Xia Lu) adapted from a famous Chinese swordsmen novel.This role left a very deep impression on audiences and established her career in TVs.Without much of sensationalization,Yang likes living in a natural way,talking straightforward and hiding no emotions,which leaves her few scandals in her tracks.She entered Performance Institute of Beijing Film Academy in the next year.In 2007,Yang re-cooperated with director Jialin Chen and acted as Zhaojun Wang,entitled as one of the ancient China"s "Four Beauties" involved in political struggles legendarily,in the TV that has a homonymy.Her turning point in performing career was the radiant role as a naughty and spoiled noble girl in the TV Chinese Paladin III(2009)(also as Xian Jian Qi Xia Zhuan III),which has won her a positive public reputation.In another blockbuster TV Hong Lou Meng(2009)(also as A Dream of the Red mansions)which was adapted from the homonymous novel that symbolizes the highest achievement in Chinese novel literature,Yang acted as a servant girl,Qingwen,who dares to fight against fate and feudal rules,which is an significant role in the book.

My favorite star is Yang Mi.She is a Chinese actress.She has 25 years of age.She looks very beautiful.And very good.I really like her and there are many people like her.She played particularly good-looking TV show.I like reading.Her song is pretty.After you finish your homework I often listen to her song.Often sing .

Yang Mi is a chinese actress.she is very young,She is only 25 years.She is very cute and pretty.She starts her acting career when she was young.Now she is famous.She involved a hot drama series-Gong.More and more people like her.

Yang Mi is one of the most famous actress in China. She was born in September 12, 1986 in Beijing and graduated from the Beijing Film Academy in 2005. She was nominated twice for the Golden Eagle Award, or the highest honor any actor/actress can get in China. She began to gain popularity by playing a minor role in the Legend of the Condor Hero in 2006 along with many famous actors and actresses like HuangXiaoMing and LiuYiFei. I looke forward to her new movie.